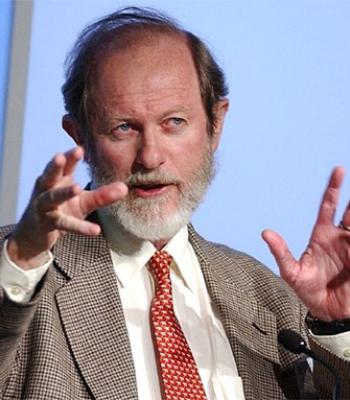 Roger Clarke is an independent consultant in the strategic and policy implications of advanced information technologies, with a particular focus on eBusiness, information infrastructure, and dataveillance and privacy.

He holds Honours and Masters degrees in Commerce (IS) from UNSW, and a PhD from the ANU. He was made a Fellow of the Australian Computer Society (FACS) in 1986, and of the international Association for Information Systems (FAIS) in 2012. In 2009, he was awarded only the second Australian Privacy Medal, after Justice Michael Kirby.

He has spent many years on the Board of the Australian Privacy Foundation (APF), including as Chair 2006-14, and on the Advisory Board of Privacy International (PI). He has also served variously as a Director, Secretary and Chair of several companies, of Electronic Frontiers Australia (EFA), and of the Internet Society of Australia (ISOC-AU).

Manwaring K; Clarke R, 2021, 'Is your television spying on you? The Internet of Things needs more than self-regulation', Computers and Law: Journal for the Australian and New Zealand Societies for Computers and the Law, vol. 93, pp. 31 - 36, http://www8.austlii.edu.au/cgi-bin/viewdoc/au/journals/ANZCompuLawJl/2021/9.html

Clarke RA; Maurushat AM, 2009, 'Passing the Buck: Who Will Bear the Financial Transaction Losses from Consumer Device Insecurity?', Journal of Law, Information and Science, vol. 18, pp. 8 - 56

Clarke R, 2016, 'The digital persona and its application to data surveillance', in Security and Privacy: Volume III, pp. 19 - 34

Manwaring K; Clarke R, 2020, Are your devices spying on you? Australia’s very small step to make the Internet of Things safer, https://theconversation.com/are-your-devices-spying-on-you-australias-very-small-step-to-make-the-internet-of-things-safer-145554

Clarke R, 2010, 'Computing clouds on the horizon?: Benefits and risks from the user's perspective', in 23rd Bled eConference eTrust: Implications for the Individual, Enterprises and Society - Proceedings, pp. 569 - 590

Clarke RA, 2007, 'What `Uberveillance` Is, and What to Do about It`', presented at 2nd Workshop on the Social Implications of National Security: From Dataveillance to Uberveillance and the Realpolitik of the Transparent Society, University of Wollongong, 29 October 2007

Clarke R, 1994, Information Technology: Weapon of authoritarianism of tool of democracy?, A-52