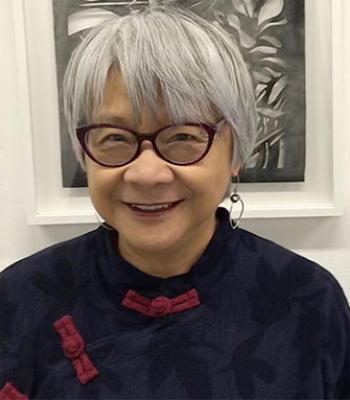 JANET is a multidisciplinary scholar with research interests in criminal justice policy and practice, sociology of organisation and occupation, and the social organisation of creativity. She is internationally recognised for her contributions to policing research, especially her work on police culture and socialisation, police reform, and the use of information technology in policing. Her major publications in this field include Changing Police Culture (Cambridge University Press 1997) and Fair Cop: Learning the Art of Policing (University of Toronto Press 2003).

Janet has been awarded a number of major grants for criminological and sociolegal research, ranging from policing, juvenile justice, restorative justice, work stress and wellbeing of lawyers, to forthcoming projects on Big Data analytics for national security and law enforcement.

She is currently Emeritus Professor at UNSW Law and Justice and co-leader of the Data Justice Research Network of the Allens Hub for Technology, Law and Innovation.

Since 2004 she has established a major research program on creativity and innovation, studying the creative practices of visual artists, research scientists and art-technology collaborations. She is co-editor of Creativity and Innovation in Business and Beyond (Routledge 2011) and Handbook of Research on Creativity (Edward Elgar 2013).

Formerly a Research Associate at the Centre of Criminology, University of Toronto, Janet has held various positions in Australia, including Research Director of the NSW Judicial Commission, Director of the Sydney Institute of Criminology, Head of the School of School of Social Science and Policy, Professor and Associate Dean (Research) of the Faculty of Arts and Social Sciences at UNSW. She was President of the UNSW Academic Board from 2008 to 2011 and Associate Dean (Research) of the Law School from 2011 to 2014, and Distinguished Professor of iCinema Research Centre from 2014 to 2016.

She has been research consultant to various organisations including: NSW Bureau of Crime Statistics and Research, National Crime Authority, Australian Institute of Judicial Administration, and the Royal Commission into the NSW Police Service. She was part-time Commissioner of the NSW Law Reform Commission (2001-2005). She was an Associate Editor of the Australian and New Zealand Journal of Criminology, a reviewer for the Australian Research Council (ARC), and an expert member of the Excellence in Research for Australia (ERA) Research Evaluation Committee in 2010 and 2012.

Janet was elected Fellow of the Academy of Social Sciences in Australia in 2002 for distinction in research achievements. In 2015 she was the joint recipient of the ANZ Society of Criminology Distinguished Criminologist Award.

Trajectories of Victim Experience: A study of post-traumatic stress, growth and well-being in the aftermath of serious violent crime./Holly Blackmore, 2020.

The Eulogy (a novel) and dissertation: From the heart: The gift experience of creative writing and reading/Jackie Bailey, 2019.

Explaining the transition from victim to offender among men who experienced child sexual assault./Malory Plummer, 2019.

Policing in a Changing Vietnam./Melissa Jardine, 2019.

Up Sky Down Sky Middle Water (A collection of short fiction) and dissertation: Writers vs. Money: Negotiating the field of Indian literature in English/Roanna Gonsalves, 2016.

The impact of human resource strategies on the retention of engineers in Malaysian firms. /R. Husna Abdull Rahman, 2013.

Plural Policing in Action: Exploring the nature of security networks in English and Australian stadiums/Ana Rodas, 2011.

Constitution and maintenance of feminist practice : a comparative case study of sexual assault centres in Australia and Korea / Kyungja Jung, 2002.

Poynton S; Chan J, 2020, 'The Paradox of Satisfaction and Distress Among Lawyers: Implications for a changing field', in Legg M; Vines P; Chan J (ed.), The Impact of Technology and Innovation on the Wellbeing of the Legal Profession, Intersentia, pp. 57 - 75, https://intersentia.com/en/the-impact-of-technology-and-innovation-on-the-well-being-of-the-legal-profession.html

Legg M; Vines P; Chan J, 2020, 'The Changing Field of Lawyering and its Impact on Practice and Wellbeing', in Legg M; Vines P; Chan JB (ed.), The Impact of Technology and Innovation on the Wellbeing of the Legal Profession, Intersentia, Cambridge UK, pp. 3 - 28, https://intersentia.com/en/the-impact-of-technology-and-innovation-on-the-well-being-of-the-legal-profession.html

Chan JB, 2004, Imaging the Object, Society of the Arts

Legg M; Vines P; Chan J, (eds.), 2020, THE IMPACT OF TECHNOLOGY AND INNOVATION ON THE WELLBEING OF THE LEGAL PROFESSION, Intersentia